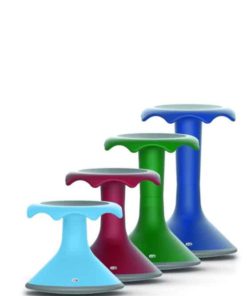 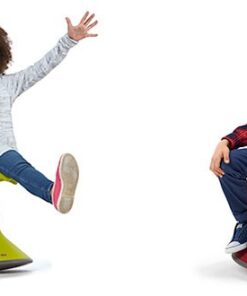 Our Hokki is something very special: It is a fun way to encourage permanent changes of posture and resolves the contradiction between sitting and moving. That is why sitting on the Hokki reduces strain on the musculo-skeletal system, promotes motor development, keeps attention focussed – and simply puts everyone in a good mood. Making it an active stool for large and small alike, for use in kindergartens, schools, during leisure time, or at home.

Hokki’s secret lies in its convex base which is equipped with a non-slip cover. As a result, Hokki can move in a controlled way in all directions while in use and nevertheless remain stable and tilt-free. The inwardly curved structure of the ergonomically shaped seating surface provides a secure support. Hokki can easily be picked up and transported at the wave-like edge or can be simply suspended at the table. The body, which is made from polypropylene, is highly stable but also very light. And environmentally friendly: Polypropylene is easy to melt down and the material is one hundred percent recyclable.

Colours: vary according to stock